This is a sneak peek for the new Xarrok Series. It’s a peek at a fun new series that I am having a whole lot of fun creating. I hope you enjoy this as much as I do.

(my editor hasn’t seen this yet, so it may not be exactly the same when the book is released)

Arianna took a deep breath and let her mind wander back to the mission in question. When she felt the nanites come to life she opened her eyes to see the visual image of the cave she and Ry were there to save in the projection on the table. Her stomach tightened.

“What happened here, Anna?” Ma’Rax was the only one to ever call her that.

The frigate shoulders seemed to be endless as they marched through the caves. The location they relocated into was not far from the surface, but there was limited cover. Arianna and Ry had to draw their weapons. As they watched it unfold again, they saw themselves badly outnumbered and outgunned. The Frigate commander stepped out of the shadows and ordered them restrained. It was Singh, the reason they were on the new mission. The reason there might be a second war.

Arianna looked up from the projection table. Her eyes locked with Ry’s across the table from her. “We created him.”

“No. He did that. We had to defend ourselves.” Ry cleared his throat.

“He’s right, Arianna. He was a danger when he did this, not because of something you did.” Ma’Rax placed a hand on Arianna’s arm. “We should finish.”

The following section details a major event in the lives of Arianna Jae and Ry Sar. It happened at the very start of the first war that Xarrok endured since the empire was created by Kala and Yatrell in the original series. Two hundred years of peace created a completely different empire. This incident was the start of a new challenge that would change an empire.

I’m excited about this coming out. 🙂 It will be released in September. 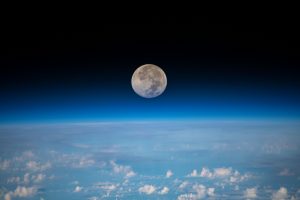 To get a glimpse into the origin of the empire check out the original Xarrok Series. The first book is FREE on your favorite eBook retailer and is in print now too!